9 best places to visit in Sardinia

THE MOST INTERESTING PLACES YOU DEFINETELY WANT TO SEE

Mention Sardinia and most people think of the glamour of the Costa Smeralda with elite hotels, five-star beaches and Beverly Hills-type shops. There are amazing swimming spots on every coast from north to south. Crystal sea, enchanting Mediterranean nature and genuine traditional cuisine. However Sardinia, it is not just that. It is also known for the cultural aspect of its ancient traditions.
We have then decided, to exclude from the list the wonderful beaches and just focus on some of the oldest and most magical places present in the island. You can not be said to have visited Sardinia without knowing at least one of these places.

So there you go: 9 places not to be missed if you visit Sardinia this year

A type of defensive structure known as nuraghi  developed on the island of Sardinia (only example in the world). Dating the 2nd Millennium B.C. in the Bronze Age. The complex consists of circular defensive towers built of dressed stone, with corbel-vaulted internal chambers. The complex at Barumini, is the most complete example of this form of prehistoric architecture. Included in the list of world heritage of UNESCO in 1997. Located in Barumini, in the south-central Sardinia. Province of Medio Campidano 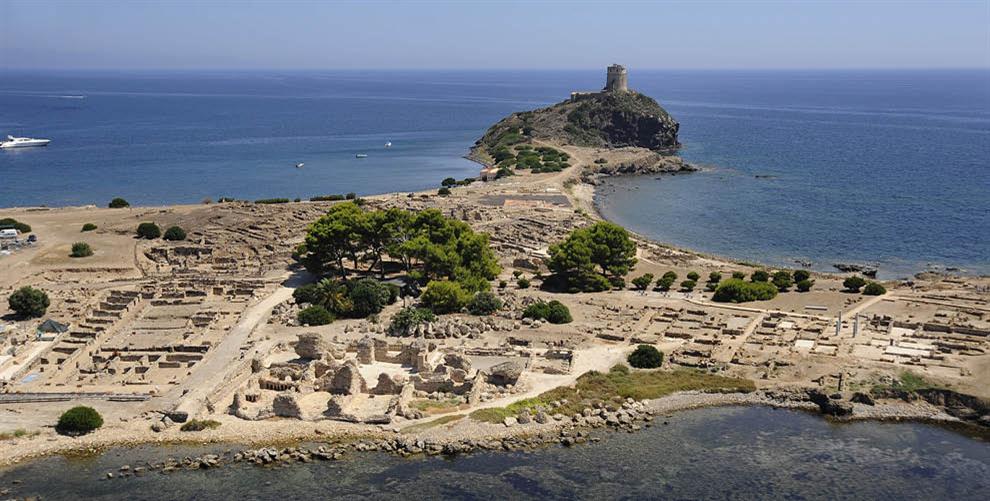 Nora is an ancient Roman and pre-Roman town on a peninsula near Pula, near to Cagliari. It was an important trading town in its time, with two protected harbours, one on each side of the peninsula. Several different building styles can be seen in the excavated buildings.Because the southern part of Sardinia was sinking into the Mediterranean Sea a substantial part of the former town is now under the sea. The ruins of Nora are an open-air museum, and the remains of the theatre are occasionally used for concerts in the summer. Located in the very south of the island in the province of Cagliari. 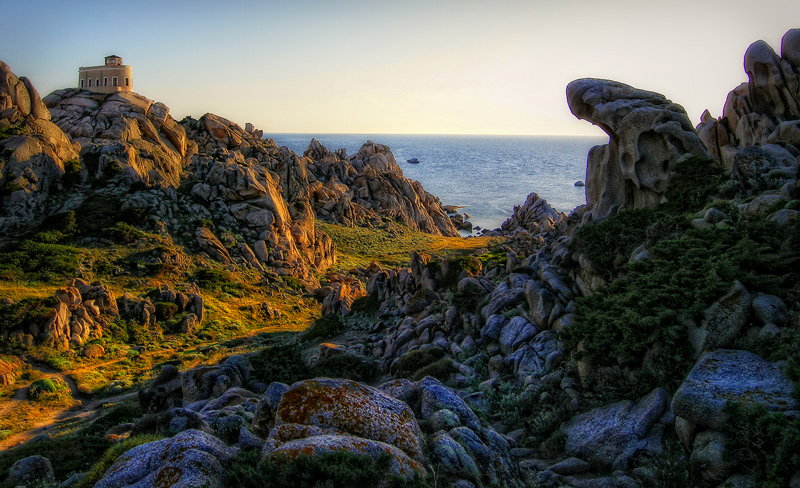 The Moon Valley (Valle della luna) is located in a small peninsula (Capo Testa) in the far north of Sardinia, and is known as the ’60s hippy hangout. A unique place of its kind for the particular geological conformation, is formed by seven valleys separated from each other by large granite structures of which the highest reaches 128 meters above sea level and is commonly called “The Skull.” Inside the valleys there are several caves that were formed due to erosion, in which you can comfortably sleep. Additionally, there is a freshwater source, which makes it particularly suitable place even in long stays. In fact, some people also reside in the valley throughout the winter without any particular problems and living in close contact with nature. 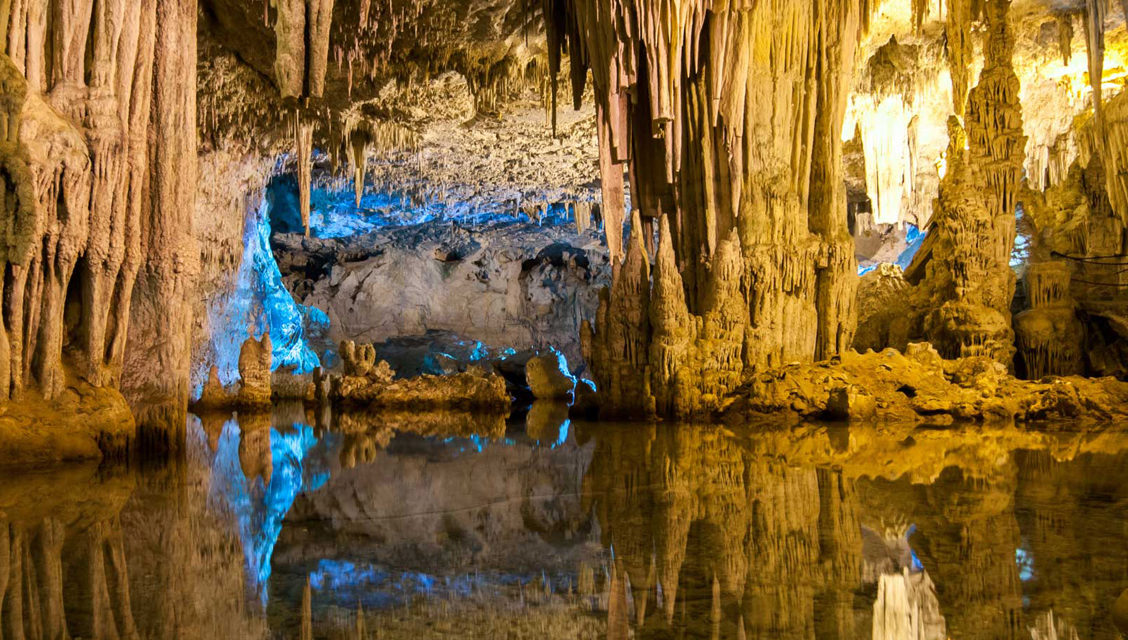 Neptune’s Grotto is a stalactite cave near the town of Alghero in the north-west sardinia. The cave was discovered by local fishermen in the 18th century and has since developed into a popular tourist attraction. The grotto gets its name from the Roman god of the sea, Neptune. The grotto is also accessible via a short boat trip from the port of Alghero. A stairway cut into the cliff in 1954, the 654-step escala del cabirol (goat’s steps), leads from a car park at the top of the cliff down to the entrance. Tourists visiting Neptune’s Grotto are given guided tours and led single-file through a lit pathway, with tour guides providing information about the cave in Italian and English. The grotto is widely visited, and during the peak tourist season in August, can contain around 200 people at a time. 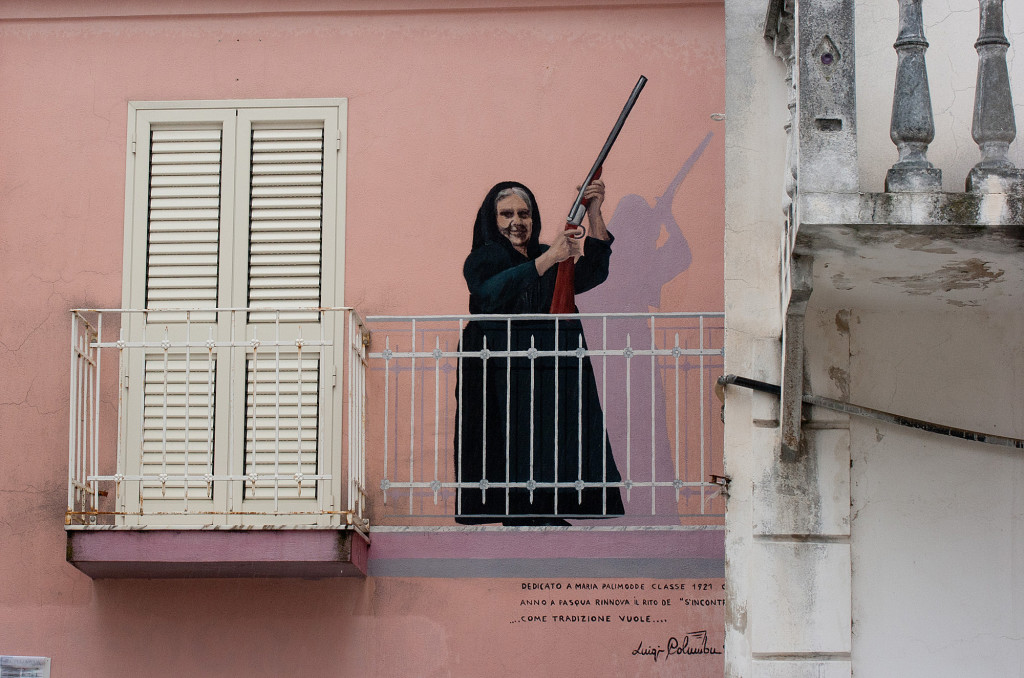 The village of Orgosolo is located about 17 miles from Nuoro, the capital of the province. Despite the geological seclusion, the murals have tremendously rich content, from countryside view to global history. The Sardinia Island has about 250 paintings and 150 of those were contributed from the Orgosolo village.Orgosolo’s mural emerged in the late 60’s. Nowadays, Orgosolo’s mural is beginning to be recognized as “cultural heritage”. A few tourists do make it here to see the murals, although locals assure us that Orgosolo’s renowned hospitality has always attracted visitors. 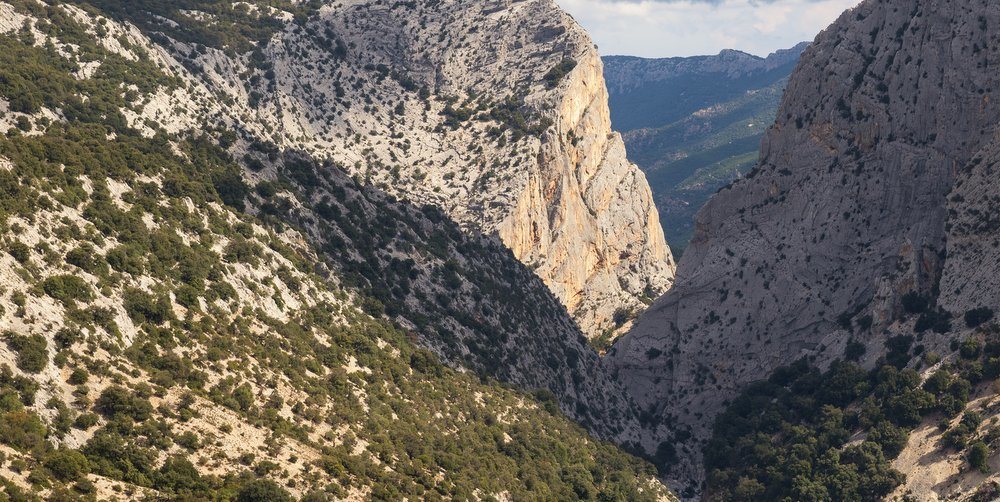 The gorge of Gorropu marks the natural boundary between the municipalities of Urzulei and Orgosolo, is about 1.5 kilometers. Sinks for about 500m on the bottom it shrinks until reaching in some points the minimum width of 4-5 m.
These size and shape characteristics, make Gorropu a masterpiece of nature and at the same time a treasure chest of biodiversity. Looking at the geography, but also the location of many surrounding nuraghi, you can deduct as before the canyon was a fundamental strategic and defensive function. The man then also lived and inhabited inaccessible and marginal places such Gorropu and there are many legends and stories associated with this site.
The old men speak of Sa mama de Gorropu (mother Gorropu), a fearsome creature that lives inside the canyon.

Perhaps the most famous ghost town of Sardinia, certainly one of the most beautiful and picturesque corners of the Ogliastra and the whole island. The story is haunted. Start the late nineteenth century, when several violent storms causing landslides, and continues for about half a century, until the terrible floods of 1951.
Old Gairo, the country that no longer exists, to attract tourists who enjoy the alternative routes to those of Sardinia postcard 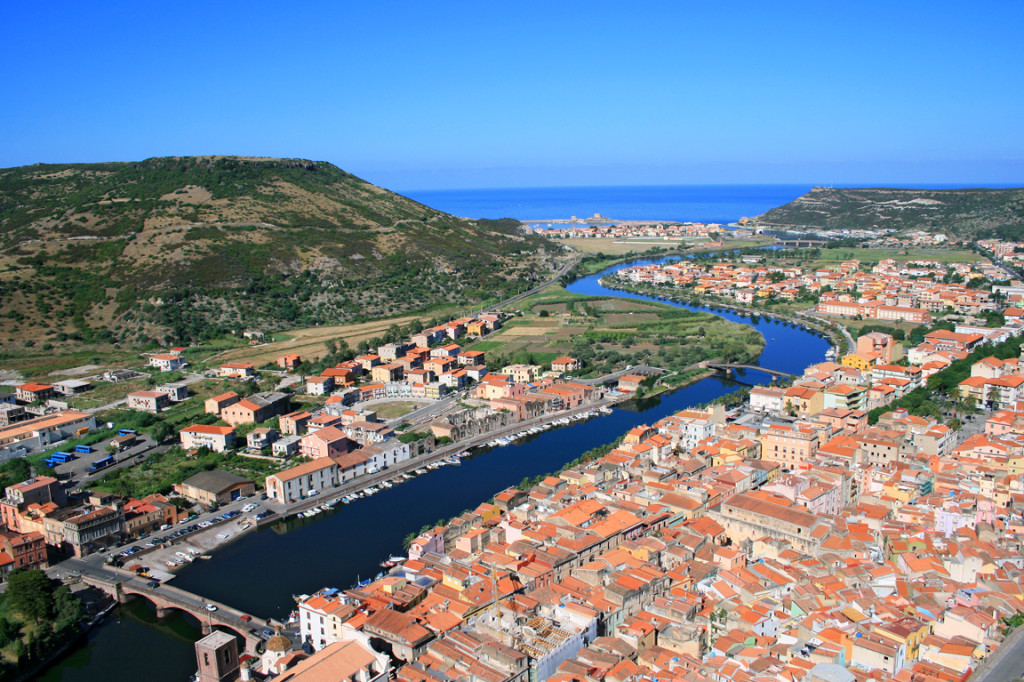 Located in the north central coast of Sardinia, it is a small village of ancient origins. Crossed by the river Temo (only navigable river in Sardinia) is characterized by typical colorful houses in pastel colors, the wrought-iron balconies, the narrow alleys of the old town. Give it a magical atmosphere in Bosa handing the title of one of the most beautiful villages of Italy 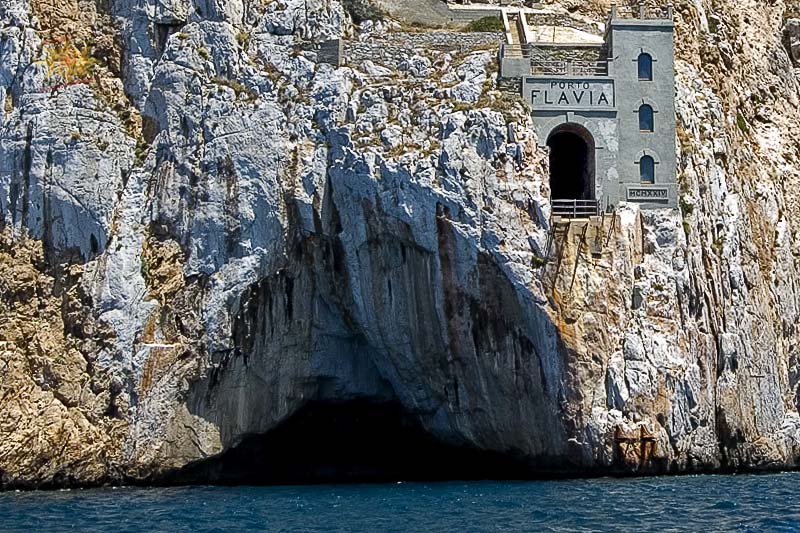 Porto Flavia, located near Masua a short distance from the city of Iglesias. This attraction can be reached by means of a long tunnel 600 meters. Its entrance is accessible from the parking lot of Mausa beach and into the heart of the mountain and then emerge at mid-height of a cliff overlooking the sea, before a breathtaking view.

The tunnel, entirely excavated in the rock by the miners, emerges at mid-height on an overhang that, with appropriate protective barriers, offers a stunning view of a territory to be discovered.

An engineering jewel accessible from the parking lot of Masua Beach: a road accessible by foot or car, hugging the old railway track