Among the many natural wonders of Sardinia is this one of the most spectacular places: the Neptune’s Caves in Alghero. Visited every year by more than 150,000 visitors, it remains one of the TOP experiences in Sardinia

Alghero in 2 days: what to see 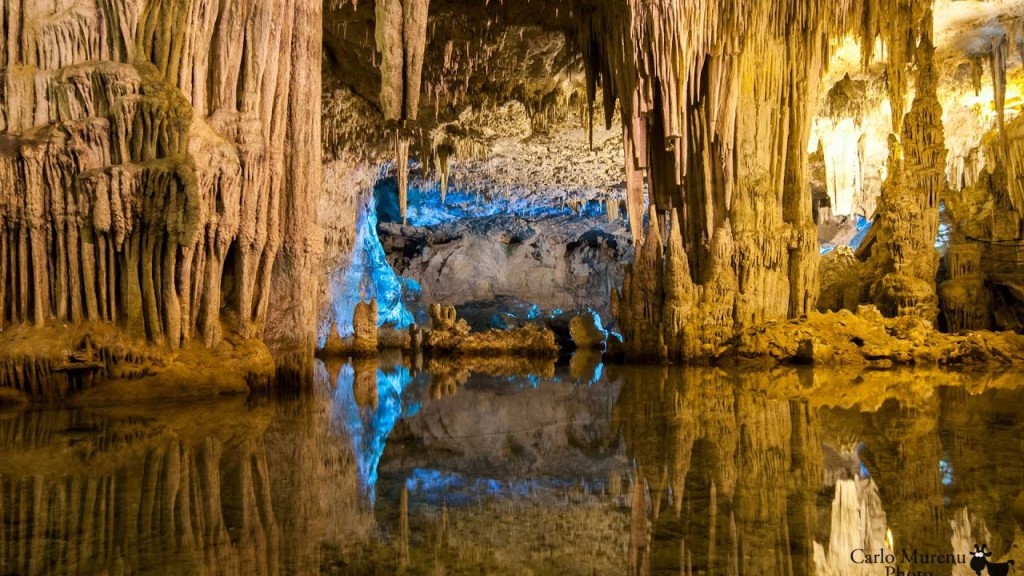 THE INTERIOR OF THE CAVE

The cave is preserved rather well despite the 2 million years it has behind! They are among the largest still existing and extend for about 4 km inside the promontory of Capo Caccia. 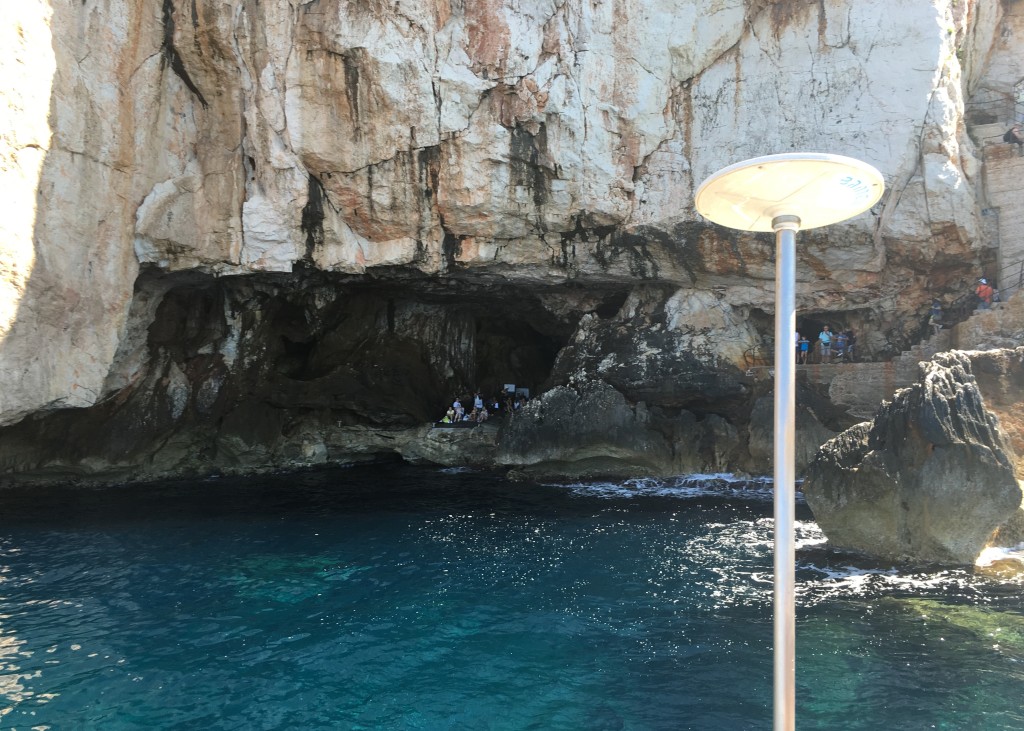 At the base of the promontory of Capo Caccia, in the inlet there is a small landing place for boats. Once disembarked the tourist itinerary begins after a short walk. The itinerary is almost 1 km long in a rich and luxurious environment of natural sculptures such as stalactites and stalagmites, in addition to the presence of the lake and even a beach!

It starts with a visit to the large room inside which is located the Lake Lamarmora one of the largest salt lakes in Europe. 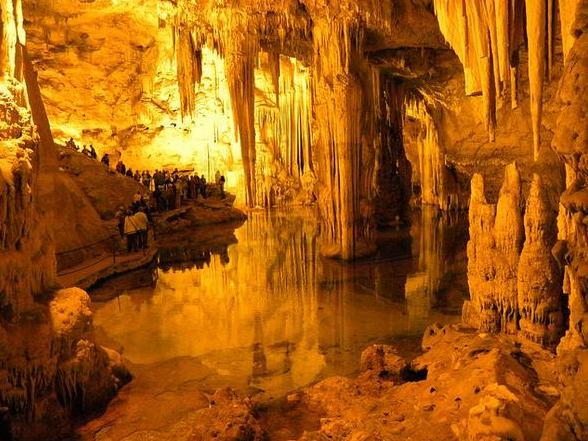 At the center of the cave stands the imposing stalagmite of about 2 meters called the holy water font (acquasantiera). The name is probably due to the fact that this – thanks to its particular form of containment, collects rainwater becoming a sort of natural watering hole for the birds that nest here

Continuing the path, after passing the room –  Sala delle Rovine –  you reach the most beautiful and majestic part: the Royal Hall (sala reggia)

A central column of 18 meters that reaches up to the ceiling and divides to form two arches.
The lake ends with a sandy beach called Spiaggia dei Ciottolini.

After the Reggia, you see the Sala Smith, where the Great Organ stands, the largest column in the entire cave. Its castings recall those of the organ pipes. This room owes its name to the English captain who at the beginning of the 19th century was one of the first explorers of the cave. 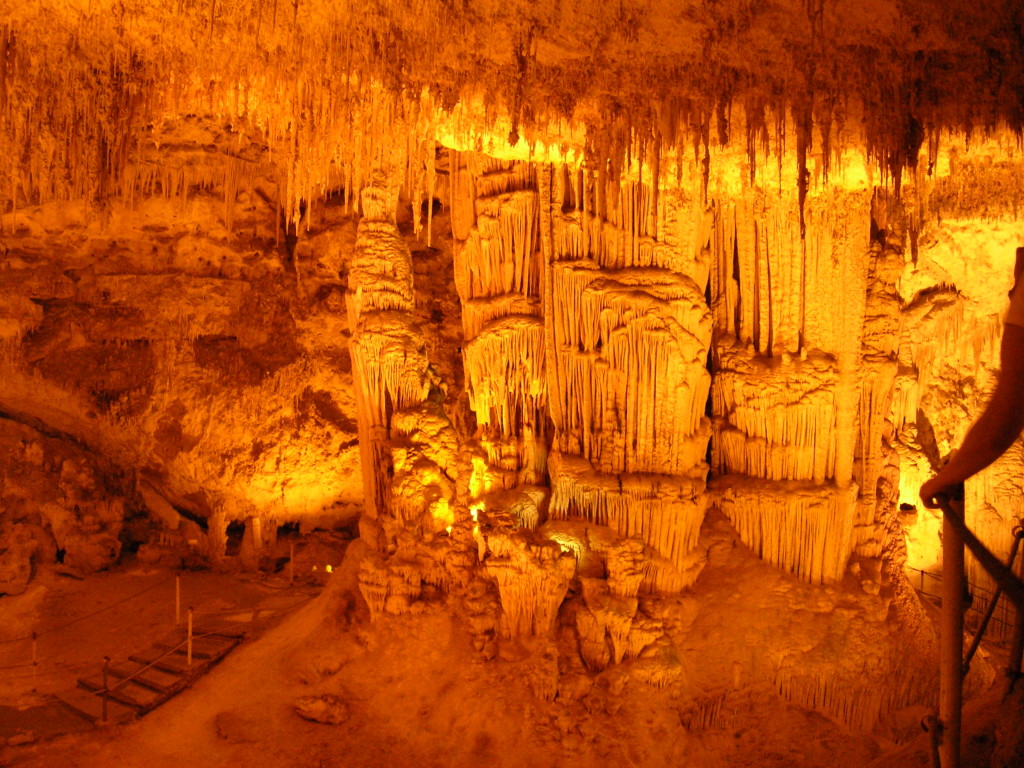 The itinerary ends with a visit to the room – Tribuna della Musica – a suggestive balcony from which you can enjoy the view of the area of the Reggia and of the Lamarmora Lake from above.

The Neptune’s Caves are open all year. The best time to visit the caves is from April to October 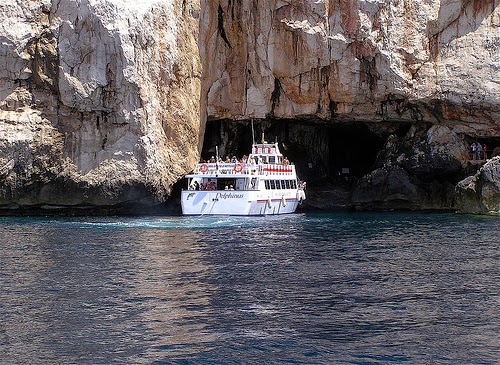 How to get there

The caves of Neptune are located in the natural park of Porto Conte within the promontory of Capo Caccia under the spur with entrance to the sea level. You can reach Capo Caccia in two ways.

The companies that provide the service by boat are Navisarda and Attilio Regolo both departing from the tourist port in the center of Alghero. It is necessary to buy two separate tickets: one for the boat and the other for the entry to the caves. 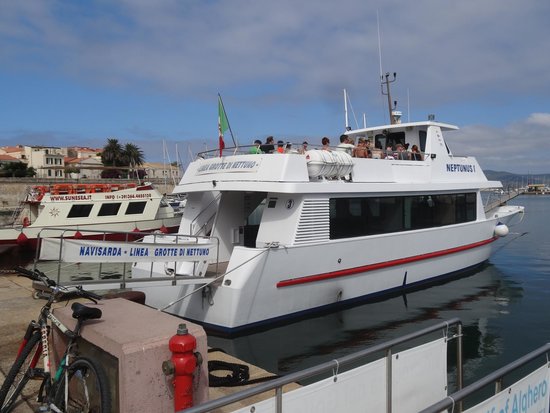 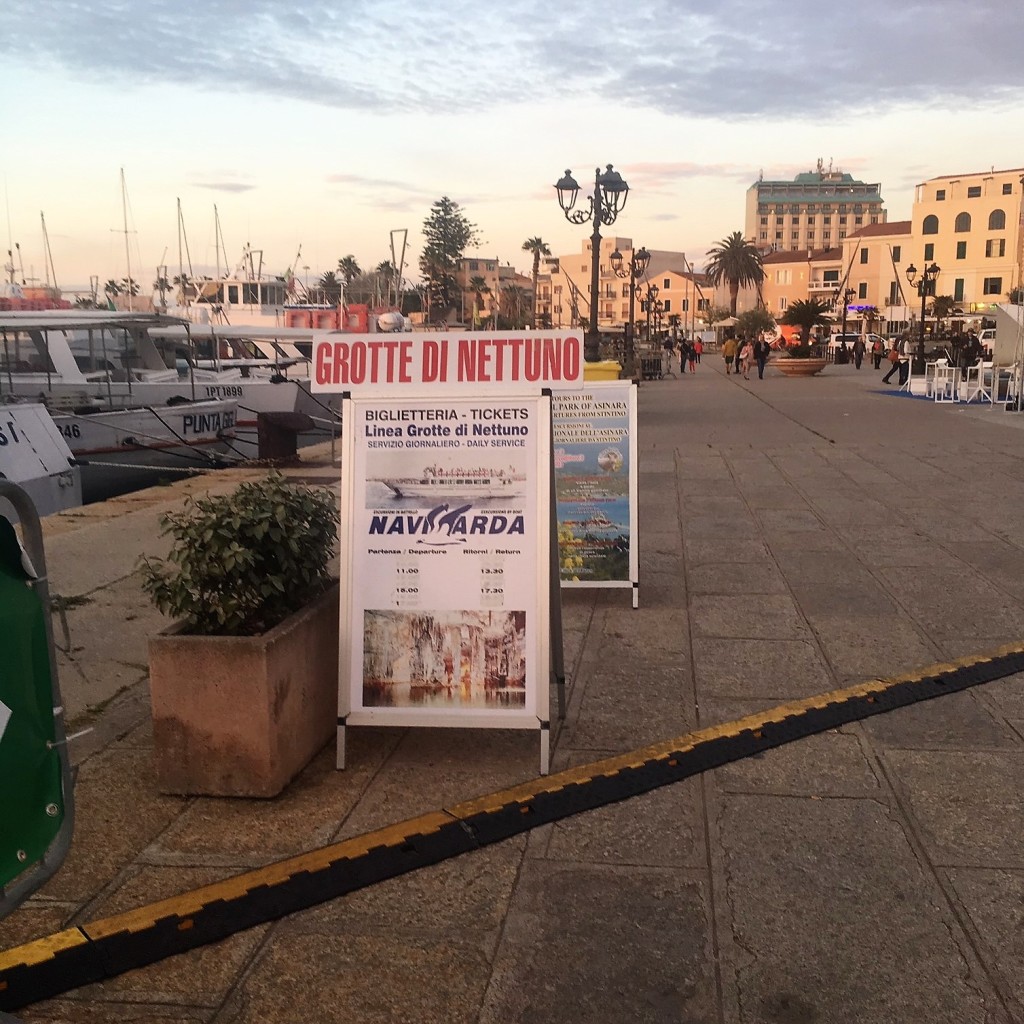 Please mind: the cost of the boat ticket does not include the entry to the Caves 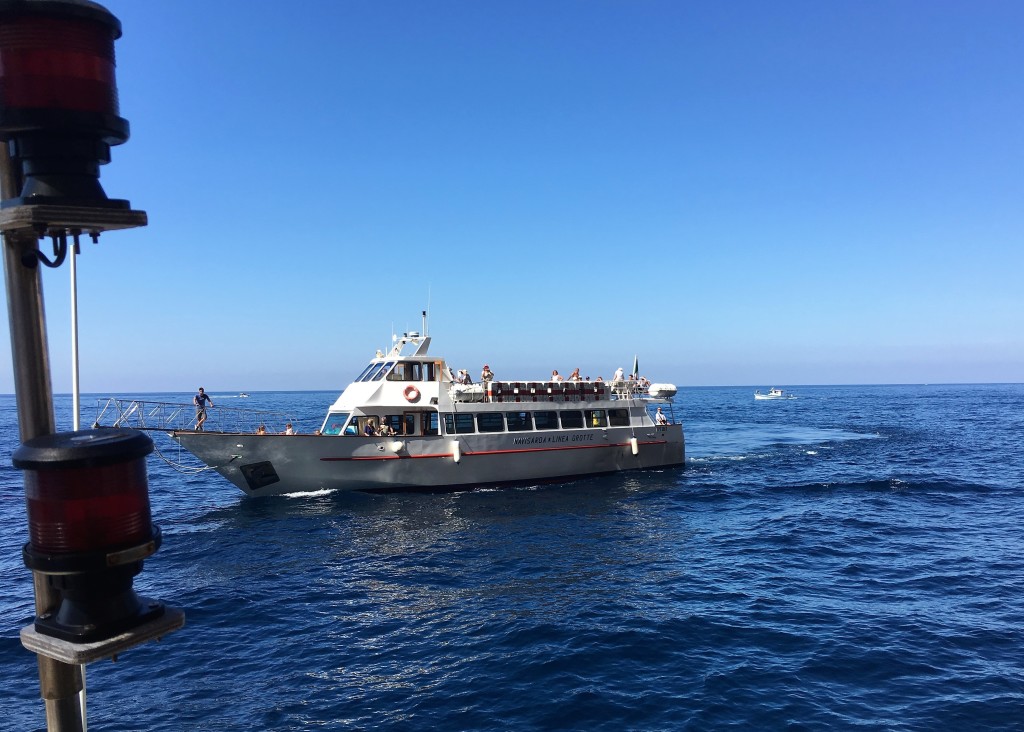 For those who decide to arrive by car, it is necessary to reach the Capo Caccia promontory and from there descend to sea level via the staircase.

Going along the famous Escala del Cabirol (scale of the roe deer), a staircase with ramps of about 660 steps “excavated” on the ridge of the promontory.

Get a quote and book online your rental car

Note: picking up the car from Alghero airport has a lower cost than picking up in the center of Alghero.

Alternatively, the ARST 9321 bus service departs from the center of Alghero in via Catalogna and reaches the parking area at the top of Capo Caccia. It is not a direct bus but makes several stops before the Capo Caccia terminal. Travel time is approximately 45-50 minutes

Timetable and stops of the bus 9321 Alghero-Capo caccia 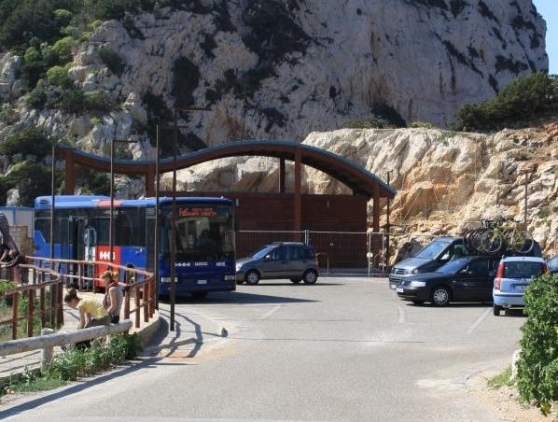 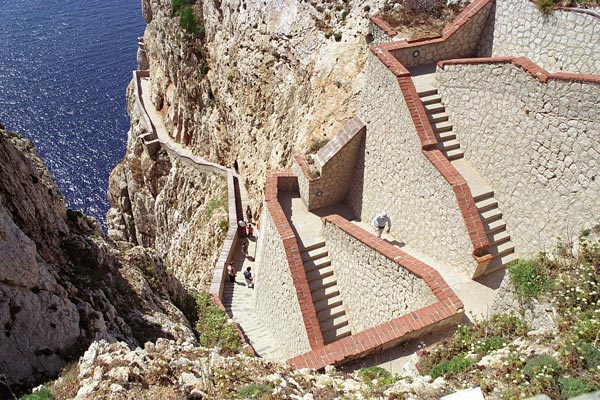 The Linea Grotte boat service offers only a transport from Alghero to the Caves. Enjoy the trip on the way while you can admire the entire coastal around Alghero. If you still want to do some other more active excursions, you can try kayaking.

Below you can book your day-trip online

For those who love diving there are some other underwater caves near Capo Caccia:

In front of Capo Caccia stands the most photographed on instagram  the Foradada island (pierced island), which takes its name from the tunnel that goes through it from side to side