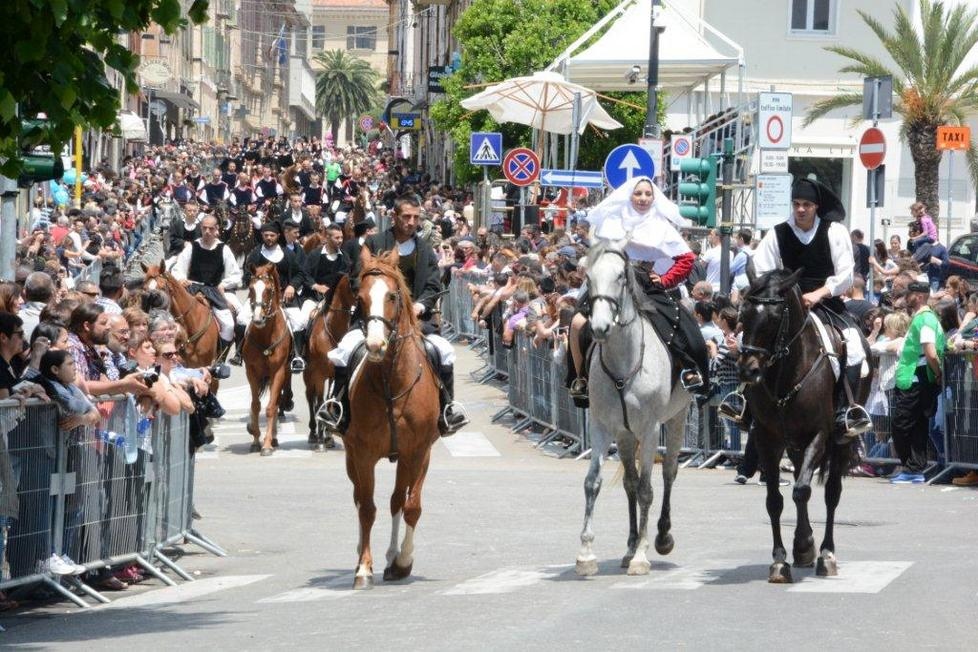 The Sardinia Parade of Sassari is definitely the most important event in the north of Sardinia. If you chose May to visit Sardinia, this is the perfect month to experience this wonderful island. Some of the most important local events of the year are held in May.

What to do in May in Sardinia >> read here some advice

The feast of Sant’Efisio in Cagliari, which is celebrated on the first of May, is perhaps the most famous event, but the Sardinian Cavalcade of Sassari is definitely the most important lay event in northern Sardinia.

When the Sardinian Cavalcade takes place? 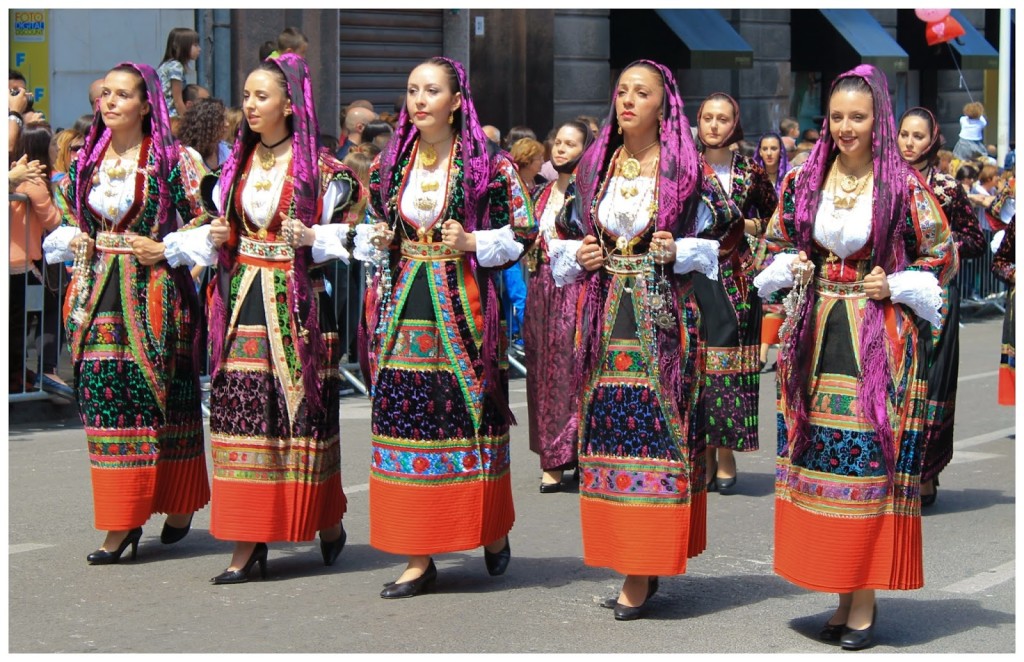 It usually takes place on the second last Sunday of May. This year 2019 will be on May 19th
The celebrations start from 17th to 19th May – throughout the weekend – from Friday to Sunday
The festival of beauty is named, with about 270 horses and thousands of people
Nothing is left to chance, the whole city is getting ready to create a welcoming and colorful event.

About 3000 traditional costumes of Sardinia. A parade of hand-sewn dresses from every part of the island. Costumes enriched by handmade, ancient and refined jewels. Traditional songs and folk dances. Horses and carts parade through the city while the spectacular ride with acrobatic gestures and pariglie is traditionally held in the racecourse

A party for people, with historical origins. Started in 1899 to pay homage to King Vittorio Emanuele I on a visit to Sassari, since then he continues his tradition, now in his seventh edition

Cavalcade of Sardinia in numbers

THE FULL PROGRAM OF THE SARDINIA CAVALCADE 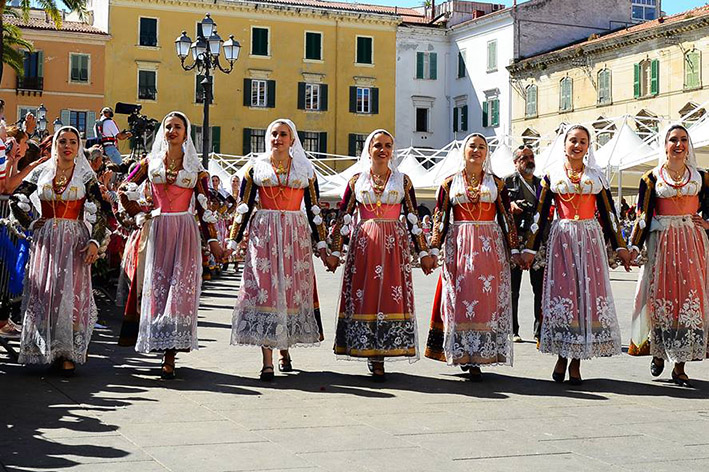 Attention: the program below is the 2018 program – the updated program will be published as soon as it’ll be released

In the 3 days of celebrations on the 18th, 19th and 20th of May that start from the morning with the Festival Food & Wine market place in Piazza Castello with tastings and typical local products while in Piazza Fiume the festival Beauty Food – Eat & Buffas

In the archaeological site of Monte d’Accoddì at 6.00 pm “Voices and sounds between myths and rites” with masks of the Sardinian carnival

At 21.00 In Piazza d’Italia the International World Music Festival is a concert of music from the world
In detail below the program of the day

6.00 pm
Prenuragic altar of Monte d’Accoddi
“Voices and sounds between myths and rites” with the performance of Carnival masks
Sardinian, performance, music, music and dance

In Piazza d’Italia from 6pm review of traditional songs and dances of Sardinia with about thirty choirs, tenors and folk groups from all over the island. 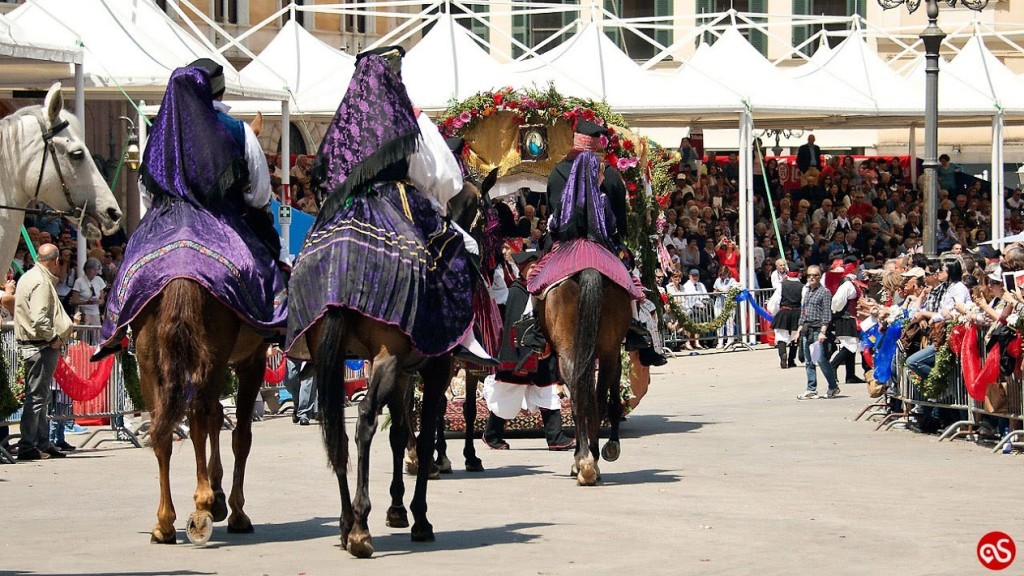 It’s the most important day! It is the day of the Sardinian Cavalcade. Starting from the morning, from Corso Francesco Cossiga part of the festival accompanied by the band, the infantry of the Carabinieri on horseback and the Massai’s gremio. The procession of over three hundred riders from all over Sardinia closes the parade.

Traditional Sardinian costumes will come out, coming from as many as 65 countries throughout Sardinia. Each costume has different characteristics, details and nuances that make them unique from country to country (a bit like each Sardinian dialect has its own shades and colors)

The afternoon at the Pinna Racecourse is dedicated to pariglie, in which the most courageous Sardinian knights perform in spectacular acrobatics on the horses in the race 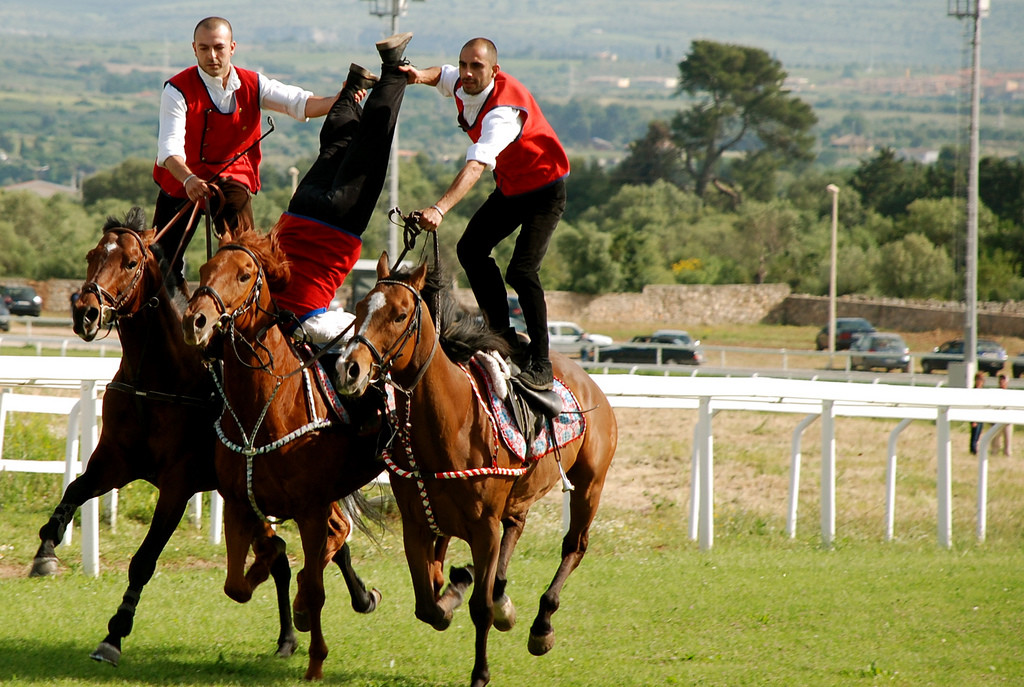 In Piazza d’Italia the sounds of the launeddas, the tenores and accordion songs and the accordion close the party. The feast of beauty is the Sardinian horseback riding of Sassari

In detail below the program

Information and ticket reservations for the stands in Piazza d’Italia:
Via Tempio, No. 65 – Tel. 079 278 275
e-mail: booking@valcatasarda@gmail.com
Ticket: € 12.00
Information on the participating folk groups, the evening of singing and dancing, the parade of knights, access by photographers, granting of sales stalls on www.comune.sassari.it