Christmas in Sardinia: how to celebrate 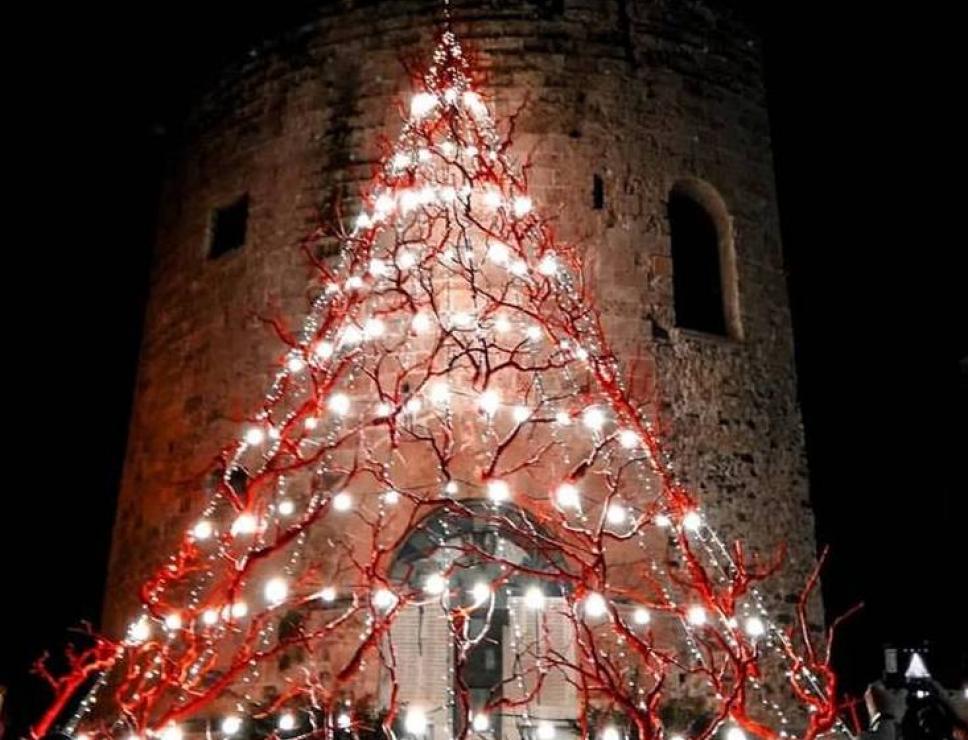 To Understand The Importance Of Christmas In Sardinia We Must Consider One Fundamental Fact.

2 million are the Sardinians who live outside the island. With a resident population of just over 1.5 million, this is a figure that’s very representative of a phenomenon that’s unfortunately still very much with us: emigration. And perhaps there’s no other people who resent the distance from their homeland as much as the Sardinians, that returning to Sardinia at Christmas has a very deep meaning.

The not inconsiderable difficulties of the Sardinian emigrants, who’re often forced to make exhausting stopovers and pay triple the price for tickets (and we thank the transport companies for this privilege!).

But patience is in the DNA of the islanders, and apart from the logistical difficulties, this is the most important time of the year, because it involves traditions passed down from grandparents and parents that are hard to give up.

Christmas in Sardinia is a classic feast with laid tables and plenty of food.
In the houses – sas tzias and sas comares – people gather to prepare the typical Sardinian sweets. Then it becomes a kind of silent competition to see who can present the best pirichittus or papasinos, which are then exchanged (…and above all commented on!) during mutual visits to the sound of myrtle and homemade limoncello.

This period is not dedicated exclusively to eating (yea, sure!) – also accomplice to the often mild weather with sunny days – one takes the opportunity to take trips to the surrounding area, stroll through the streets of the villages, among historic churches, festivals and visits to markets.

What is Christmas called in Sardinian?

The name for Christmas is Sa Paschixedda or Pasca de nadale

Speaking about old traditions, you may want to know that Sardinia has its own language. It is a real language with Latin and Spanish influences. Very interesting to know how the ancient Sardinian tradition recalls the celebrations ranging from Christmas to Pentecost.

The common word is: Pasca (Easter) which means Feast indeed. Each municipality and area has its linguistic influences but the word Pasca represents all of Sardinia.

How is Christmas celebrated in Sardinia?

The celebrations are the ones of the Catholic faith: on December 24th the family gathers to celebrate Christmas Eve with a traditional Christmas dinner and all together partecipate to the midnight Mass.

On December 25th, the birth of baby Jesus is celebrated with a family Christmas meal. In some families, gifts are exchanged on Christmas Eve night, in others on December 25th during the Christmas lunch.

The Sardinian table for the Christmas holidays has only one word: tradition.

Each area and town has its own typical dishes, but in general, baked lamb is present on any table. Among the first courses the classic Sardinian gnocchi (malloreddus) or ricotta ravioli with meat sauce.

At the end of the meal, in addition to the classic panettone and pandoro, there is no shortage of tiricas (sas triccas) and pardulas (casadinas), typical sweets present on every holiday.

The bread is also very important which is also baked exclusively for the occasion. Each area has its own typical bread baked in a wood oven. Other products on the Sardinians table are pecorino cheese and dried sausage generally eaten as an appetizer.

Does Sardinia have snow?

Imagining Sardinia whitened by snow may seem like one of those nonsense American movies, but in reality not everyone knows that you can celebrate a white Christmas in Sardinia.

We are not talking about the snow of the Swiss Alps of course, but the heart of Barbagia in the Gennargentu mountains offers during the winter months, alpine scenarios with temperatures that very often drop below zero.

In the areas of Fonni, in the province of Nuoro, there is the main (and also the only) ski resort in Sardinia.

On the mountains of Bruncu Spina and Monte Spada between 1800 and 1400 meters high there are some equipped ski slopes where it is possible to rent skis, snowboards and sleds. The chairlift should also be in operation soon after a recent renovation. For info: http://www.bruncuspina.com/

Stay in the Gennargentu

Fattoria Sos Astores: live in a real farm in the heart of Barbagia with animals and homemade products.

B&B Meddie: feel at home in this welcoming b&b in the charming mills village of Tiana

What to do in Sardinia at Christmas?

Street markets, Christmas carols, artists, lights exibitions and shopping. Obviously this year it will be all downsized and reduced due to the covid-19 but equally dedicated to tradition.

We all know that we eat very much at Christmas and we may feel a little heavy. But since Sardinia offers favorable climatic conditions even in December, it is possible to indulge in more sporting activities in contact with nature.

The craziest and most daring people every year swim on the Christmas eve in the freezing waters of the Poetto beach. If taking a swim in December is not exactly for you, you can always dedicate to other activities.

Among the less extreme sports there is: shopping. Always an excellent alternative way to a sedentary lifestyle…

Tours & Excursions in Cagliari to do in December

Where to celebrate Christmas in Sardinia?

Between Shopping and Christmas lights

Among the Sardinian cities that enhance the typical Christmas atmosphere, Alghero is really worth a visit. Here, the Sardinia traditions combine with the Catalan imprint.

Decorations and lights embellish the streets of the historic center, while the towers of the city display exhibitions by local artists. A peculiarity is the midnight mass which is celebrated in the Catalan language.

In the capital of Sardinia you can breathe the magical Christmas atmosphere among the main shopping streets. Walking around the 50 streets where you can admire the light installations up to Piazza Garibaldi where the large Christmas tree stands out.

Our TOP suggestions in Cagliari with breakfast included

B&B in the center of Cagliari with excellent breakfast

Rooms in the center of Cagliari with breakfast included. The Suite also has a Jacuzzi.

Santa Claus lives in Senorbì. Children know this well and like every year want to visit the brightest house in Sardinia. Over 40 thousand lights with perfectly harmonized colors illuminate the sky of this small town, offering one of the most anticipated attractions of Christmas in southern Sardinia.

One of the most heartfelt events in the celebrations of Christmas in Sardinia is the nativity scene. Each country exhibits its own which recalls typical aspects of its region.

For example in Olmedo in the province of Sassari the nativity scene is made entirely by bread, by mixing water, yeast and flour.

The living nativity scene of Collinas

Among the most interesting we want to point out that one of Collinas, in the historical region of Marmilla.

In the small town in central-southern Sardinia, a huge living nativity scene is set up, in which about a hundred of people participate, staging representations of rural daily life. In ancient Palestinian clothes combined with those of Sardinian culture, the scenes are performed in limba (the sardinia language), creating unique and identifying suggestions.

Do you want to discover Sardinia out of season?