Sardinian cuisine: the recipe for longevity 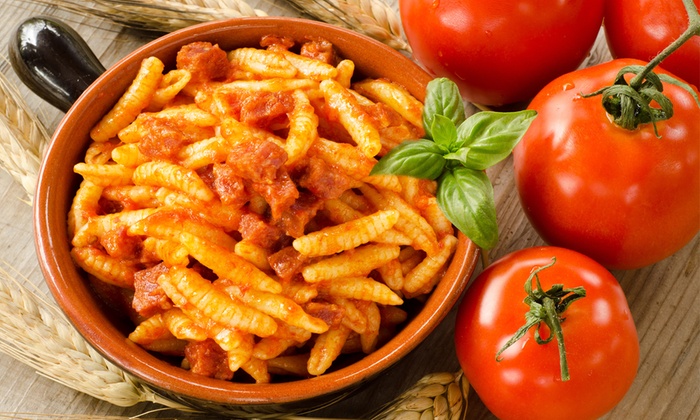 Sardinian cuisine in the land of the centenarians

Ogliastra and Barbagia are the two areas of Sardinia where the number of centenarians is particularly high. They form the so-called Blue Zone, one of the five regions in the world with the highest life expectancy. Many municipalities in Ogliastra belong to the Blue Zone, including Perdasdegofu, Villagrande Strisaili, Arzana and Baunei. It’s no coincidence that in 2014 the oldest family in the world lived in the municipality of Perdasdefogu: eight brothers, all over 100 years old. In the province of Nuoro, the towns of Tiana, Ollolai, Fonni, Mamoiada, Orgosolo and Oliena hold the record for the oldest population. Seulo, on the other hand, in the Sardinian region of Barbagia di Seùlo, has recorded no less than twenty centenarians in the last 20 years, making it the “longest-lived village in the world“.

Experts agree on one point: what makes the people of the Barbagia and Ogliastra particularly long-lived is the Sardinian cuisine.

The Sardinian-Mediterranean diet is rich in vegetables and proteins (such as legumes) and animal proteins, especially from goat and sheep cheese.

The agricultural-pastoral culture has always characterised the Sardinian cuisine, especially that of Barbagia and Ogliastra. It’s a simple cuisine with few ingredients, without fancy spices or specialties.

Here there are the simple but most important ingredients:

Why Sardinia is the land of the centenarians?

What do centenarians eat? Sardinian cuisine of Barbagia region

But also cured meats such as sausage, bacon, coppa, pork loin. A particular specialty is Sa Purpuzza, minced pork seasoned with herbs, which isn’t stuffed but cooked in the pan. To accompany the meal, there is the typical Carasau bread, toasted and sprinkled with oil and salt, called pane guttiau. Another typical bread, similar to carasau but thicker, is Pistoccu, an ancient bread of Arab origin.

Many first courses are part of the classic Barbagia cuisine: Sos Maccarrones Cravaos, the Nuoro version of Sardinian gnocchetti. Sos Macarrones de Busa or a Ferrittu, long pasta traditionally made with a knitting needle. Sos Maccarrones Furriaos, gnocchetti flavoured with pecorino cheese and fused with semolina to form a kind of cream. Ravioli barbaricini in two versions: filled with cream cheese or with ricotta and spinach, seasoned with meat sauce and pecorino cheese.

The classic Culurgiones, a pasta stuffed with potatoes, cheese and mint, is one of the symbols of Sardinian cuisine. A very ancient production is Su Filindeu, a very fine semolina pasta woven like a cloth, cooked like a soup in sheep broth and enriched with abundant cream cheese.

Very popular is also the Merca soup, a poor man’s dish of the traditional Barbagia cuisine, made of pasta, potatoes and the final addition of cubes of curdled and salted sheep’s milk, that is merca indeed.

In this region of Sardinia, of course, the main ingredient is meat, while we rarely find fish. Among the meat dishes, besides the maialetto allo spiedo (suckling pig), there are roast lamb, goat and veal. There are also numerous second courses based on offal, such as coratella. Another typical dish is Su Zurrette: sheep’s blood flavoured with mint, wild thyme, cheese and crumbled Carasau bread.

Another old recipe is Pane Frattau, which consists of Carasau bread topped with tomato sauce, pecorino cheese and egg.

Traditional Sardinian sweets are common in the different regions of the island and usually consist of almonds and honey. The Nuoro dessert par excellence is Sa sebada, a thin disc of dough with a filling of cream cheese flavoured with lemon, deep fried and sprinkled with honey or sugar. The typical Casadinas, small dumplings filled with cream cheese or ricotta, or s’aranzada, prepared with candied orange peel, honey and toasted almond slivers.

Typical of this region of Sardinia are the full-bodied red wines, which include Cannonau, which has always been considered the true secret of the Sardinian centenarians. The wine accompanies daily meals, so very often it’s produced and stored in their own cellars. This guarantees a high quality compared to industrial production and makes it a real symbol of Sardinia.

Cannonau wine, due to its strong and decisive taste, goes very well with Sardinian cuisine, which consists of strong flavours, and is therefore perfect with meat and mature cheeses.

Where to go in Barbagia?

During a trip to Barbagia you’ll surely discover a cuisine rich in ancient flavours. Nuoro, Orgosolo, Mamoiada, Fonni and the many small villages are part of an itinerary to be discovered. They aren’t destinations of mass tourism, but offer a fascinating world of hospitality and authenticity, worth visiting at different times of the year.

In autumn the event Autunno in Barbagia takes place, where many of the centenary villages in the province of Nuoro open their doors to invite more and more people to this world of ancient tastes and crafts.

And the culinary is an interesting journey into the history of the island, offering all aspects of culture and tradition in this corner of Sardinia.

Explore these areas with our suggestions!

Where to eat and sleep? The typical agriturismo of Barbagia

Breathtaking view at the foot of Mount Corrasi, just a few minutes from Oliena. Traditional local products to enjoy with a magnificent view of the Gennargentu National Park.

A typical farmhouse in the middle of nature, halfway between the sea and the mountains. Here sheep, pigs and goats are raised and the products of the own garden are harvested to enjoy a typical Sardinian menu.

A charming place surrounded by nature, with excellent traditional Sardinian cuisine. Very close to Dorgali and the beaches of Cala Gonone.

A real farmhouse in a hilly, quiet and peaceful location. A perfect place to reach places of interest in the area. Exceptional hospitality and excellent quality cuisine.

Activities to do in Barbagia to discover Sardinian cuisine