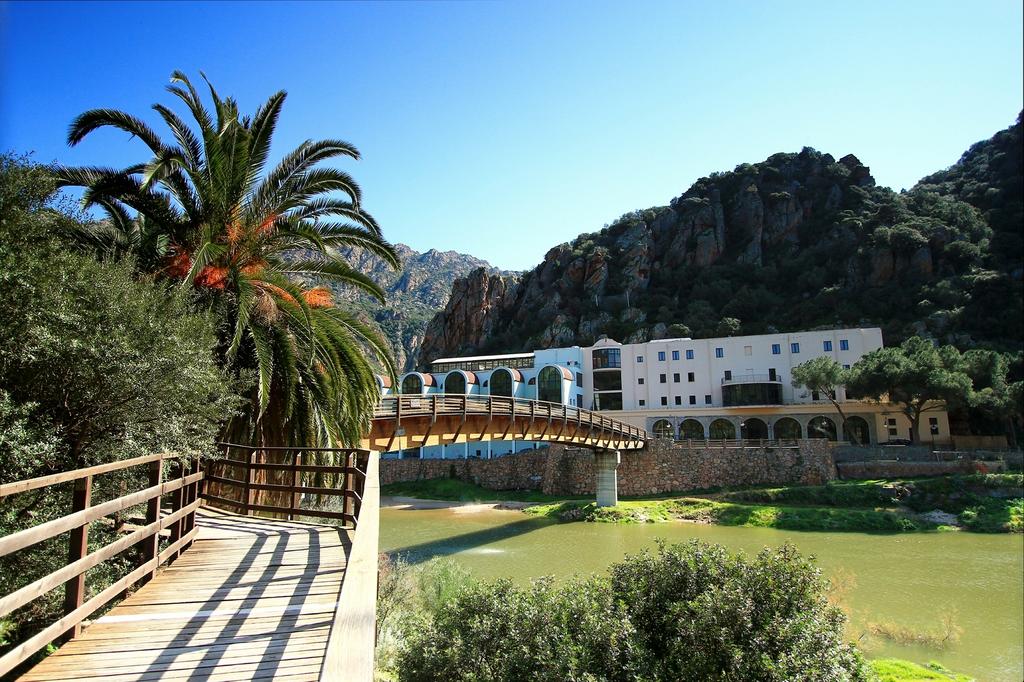 Although it has only recently become popular – compared to other spas especially in northern Italy – the Sardinian natural baths try to combines traditions with modernity. Each wellness center offers a different experience as well as unique benefit of its thermal waters. Which is why it is useful to visit them all to benefit each other in a different way.

THE 6 BEST NATURAL SPAS IN SARDINIA

Terme di Casteldoria are located in Santa Maria Cochinas in the province of Sassari. About 8 km from Valledoria, a short distance from the beautiful beach of San Pietro a mare on the Gulf of Asinara.

Located near the Coghinas river, they are characterized by limpid and waters  hyper-thermal. Their precious uniqueness derives from the fact that they have antiseptic, anti-inflammatory and decongestant properties, stimulation of the immune system and muscle relaxants.

The water flows at the source at a temperature of 76 °C, ideal for muds, baths, showers, thermal inhalations, irrigations, hydropinotherapy, steam baths, whirlpools and thermal sauna.

Properties: antiseptic, anti-inflammatory and decongestant, stimulation of the immune system and muscle relaxants.

Benefits: they fight rheumatism and osteo-arthrosis, psoriasis and other dermatitis, rhinitis, sinusitis, pharyngitis, laryngitis and gynecological and intestinal problems. In addition, inhalation therapy in the treatment of respiratory diseases and diseases of ENT 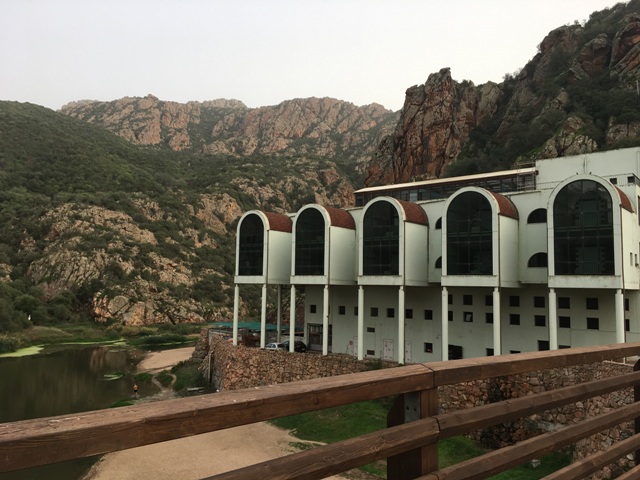 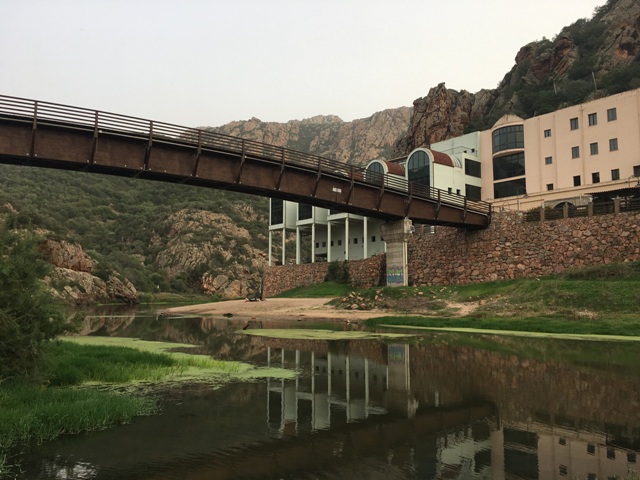 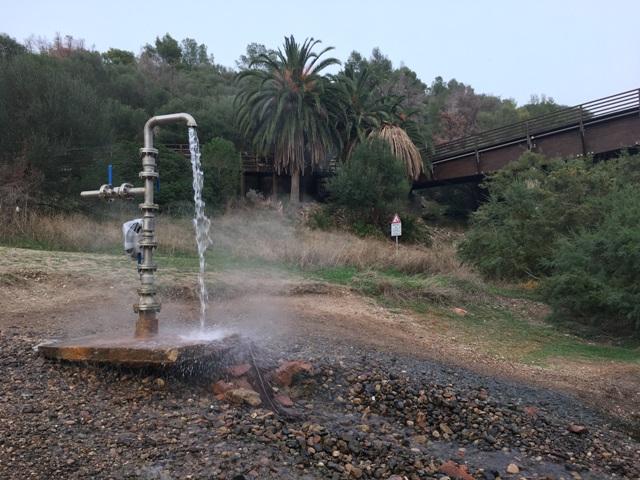 Right on the banks of the river rises the Hotel-Restaurant-Wellness Center – Terme di Casteldoria****  where it is possible to carry out all the treatments combined with the thermal path with Thermal Sauna, Thermal Steam Bath and Hydro-massaging Fusion Showerheads.

The natural baths of Tempio Pausania in the province of Olbia-Tempio surrounded by the granites of Gallura are characterized by an oligomineral water that flows directly from the source of Rinagghju. The water is supplied at relatively cold temperatures and low in mineral elements

Properties: it is a diuretic hydromineral water, indicated to treat urinary tract diseases and to promote blood circulation.

The ancient baths of Sardara in the province of Oristano are located in Santa Maria Acquas, 2 km from the center of Sardara. They are among the most ancient spas of Sardinia. The thermal waters of Terme di Sardara originate from the percolation of meteoric waters, descend to thousands of meters of depth and re-emerge, mineralized, at a temperature that varies from 45 to 60° C

Type of water: bicarbonate-alkaline-sodium, hyperthermal (in Italy waters of this type are very rare, in Europe, the best known are those of Vichy.

Benefits: the waters and muds of the Antiche Terme di Sardara, have a marked eudermic effect. They stimulate the microcirculation and the cutaneous metabolism, they have an anti-inflammatory, antiseptic and detergent action. They therefore find indications in the treatment of many imperfections caused by diseases such as cellulite, acne, aging.

Properties: bicarbonate-alkaline-sodium waters, – through hydroptic treatments – reached in the stomach, tend to increase the environmental pH by neutralizing the acidity states; they also regulate gastric contractility. At the hepato-bilio-pancreatic level these waters exert positive effects on the production and fluidization of biliary and pancreatic secretions, antispastic action on the gallbladder. At the intestinal level this type of water determines the activation of digestive processes and intestinal absorption, stimulating action of intestinal transit, antispasmodic action. On the urinary tract there are diuretic effects and protection against nephrotoxic and bacterial agents. 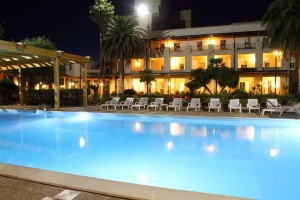 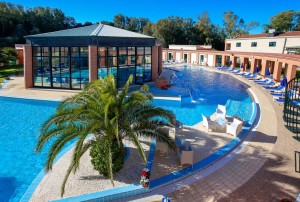 The Roman Baths of Fordongianus are located in the province of Oristano on the left bank of the river Tirso – dating back to Roman or even Phoenician times – are an important archaeological site in Sardinia. There are still springs from which water gushes that, crossed the underlying volcanic bank, reach the temperature of 54 °

Properties: the waters of the Terme di Fordongianus flow from natural springs at a temperature of 56 ° all year round and are classified as salso-bicarbonate-fluoride-thermoactive waters. The presence of traces of radioactive substances make them therefore suitable for thermal baths and mud therapy but they are also used for inhalation and hydropinic treatments.

Benefits: recommended for the treatment of obesity, gastritis, mild liver failure and diarrhea but not in cases of ulcers and spastic colitis. Inhalation treatments, on the other hand, are indicated for the treatment of respiratory diseases. The particular composition of the salso-bicarbonate-fluorinated thermal water allows to obtain an antiseptic action on the mucous membranes. Treatment for rhinogenous deafness, mud therapy, thermal balneotherapy

The facility has also been joined by a hotel, the Grand Hotel Terme, which includes two thermal pools, a gym and various wellness services. 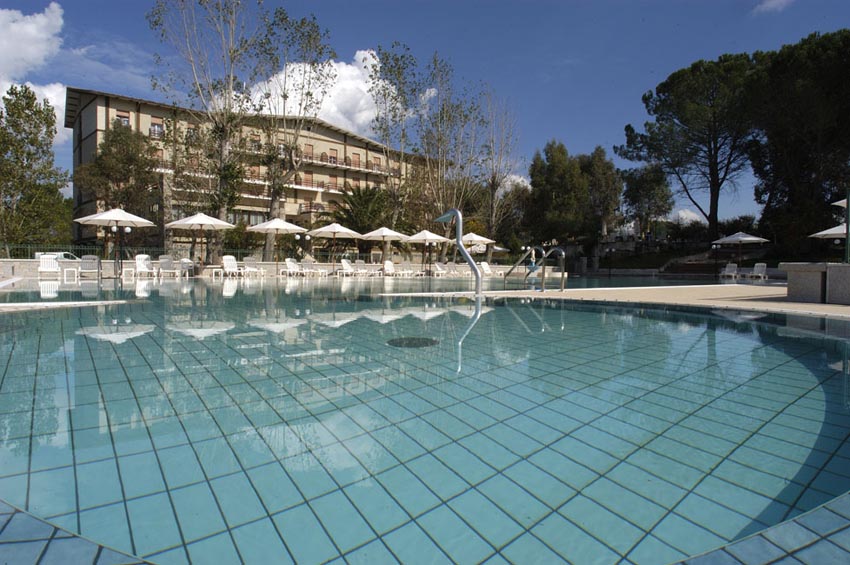 The Aurora Spa, which gives its name to the thermal establishment, is located on the border between the towns of Benetutti and Bultei. The waters that feed the baths, already known at the time of the Roman empire with the name of Aquae Lesitanae, flow at a temperature of 41 °C in San Saturnino.

The Hotel Terme Aurora*** offers all the treatments on site. Equipped with a large private parking two large thermal pools, one of which is indoors.

The thermal springs of San Saturnino Benetutti (Sassari) are located in a privileged position in the central area of Sardinia located in Goceano, in the locality  ‘Su Anzu’ (The bath).

Water type: spa-bromo-iodic thermal water, used for balneotherapy, has a temperature of 36 ° -38 ° C.

Properties: Terme San Saturnino offers waters of great therapeutic quality, among the few in Europe to be administered without any physical or chemical treatment: with natural 43 ° C at the source, they are used for therapies in an absolutely natural way, bringing in contact direct of the affections to be treated, a balanced and stable.
The thermal baths of San Saturnino can be used freely. Unlike the other Sardinian spas, this center is the oldest and most original in the complex, with no frills but pure in its concept of “thermal baths”.

A short distance from the natural spa you can stay in comfort in one of the Hotels in the area: Hotel S’Astore ****